Southgate Olympic’s spokesman, Club Secretary, Kevin Taylor, said: “We are delighted to announce our first team will be sponsored by the N14 Directory for the forthcoming season and the new shirts will carry the magazine’s logo on the front.”

Kevin went on to say: “The team is looking forward to the start of the new season in mid-September and we hope that local residents will come along on a Saturday afternoon to watch a game and have a drink or two in our newly refurbished clubhouse afterwards.”

Southgate Olympic were founded in 1933 and played originally at Broomfield Park in Palmers Green before moving to their current home at Clowes Sports Ground in Barrowell Green, Winchmore Hill in the 1960s.

There are currently five teams, four that play in the Amateur Football Combination on Saturday afternoons and a Vets team (over 35s) that play on Sunday mornings in the Southern Amateur League. Overall the club has an impressive membership of over 120 players and team officials, most of whom live in the local area.

For more information about the club visit their website southgateolympic.co.uk 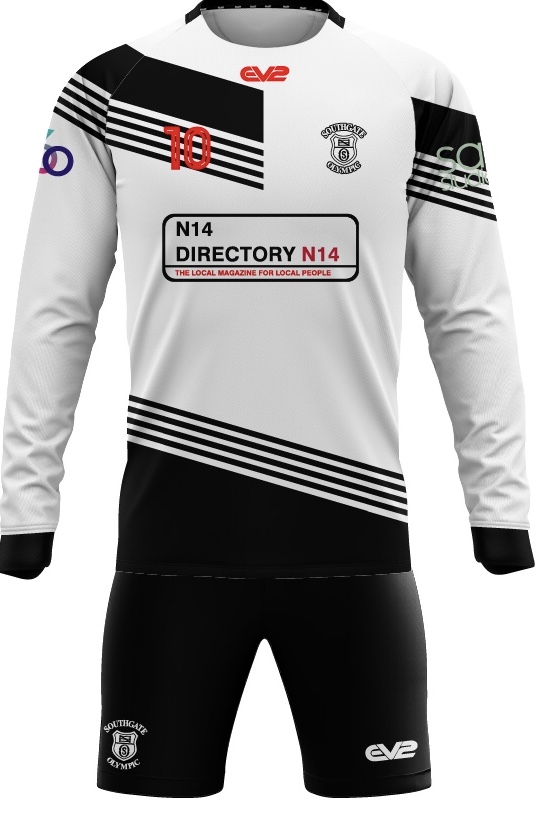