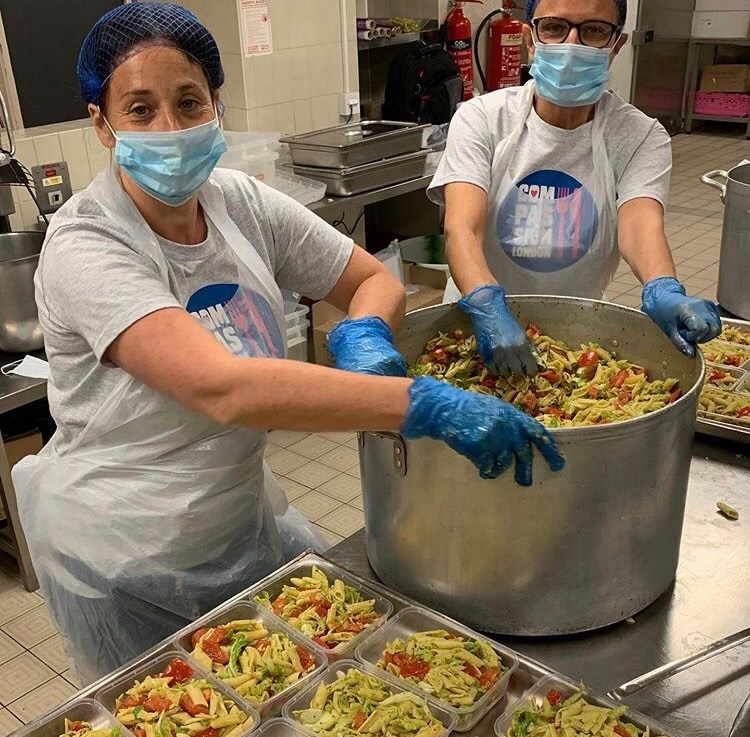 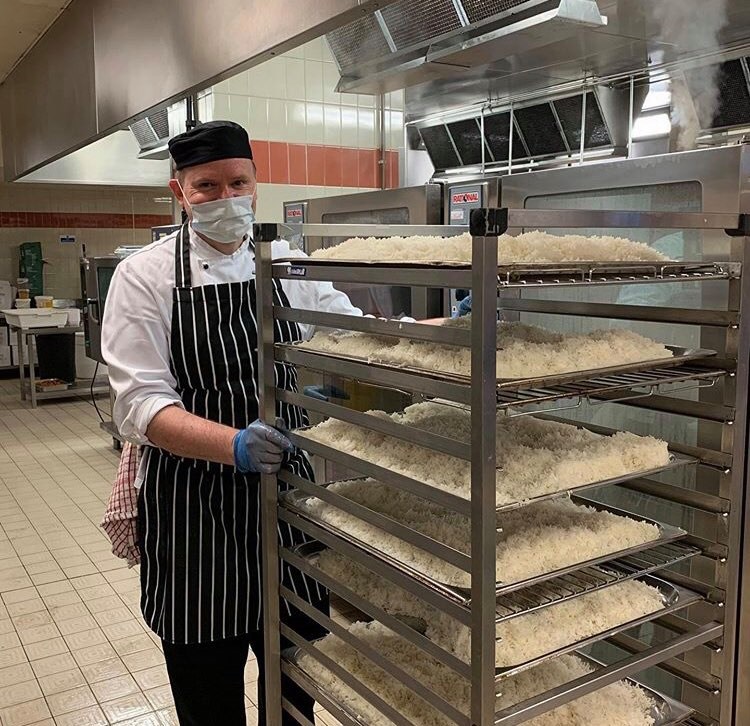 When the world shut down in March, most of us took up new hobbies. Some people made sourdough. Others learned to crochet, or painted, or developed their hairdressing skills. But chef Leon Aarts knew that for many, lockdown wasn’t a self-development opportunity.

With canteens and cafés closed for an indefinite amount of time, and the supermarkets beset by stockpilers, hundreds of people across London – including many of the medical staff working on the front lines of the crisis – were going to find themselves suddenly unable to eat. 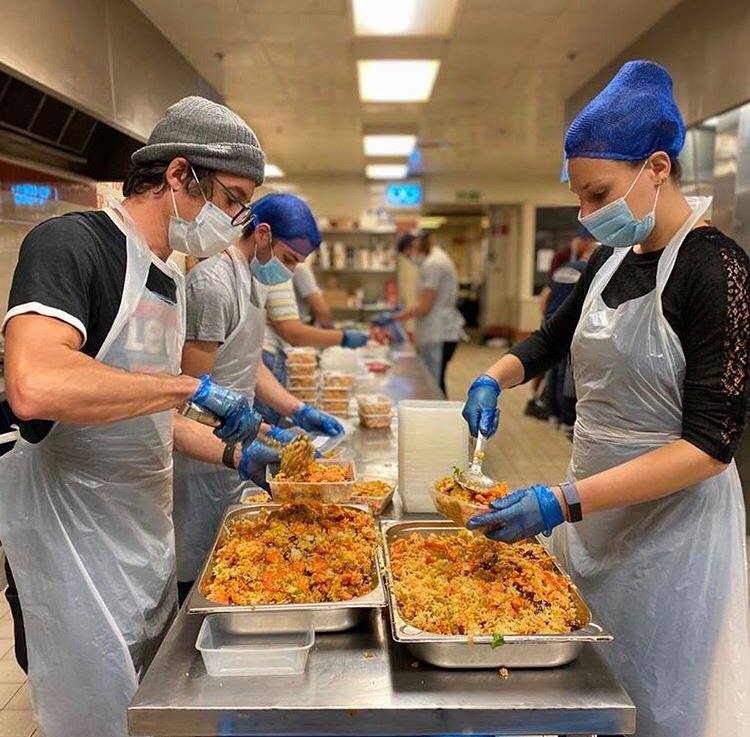 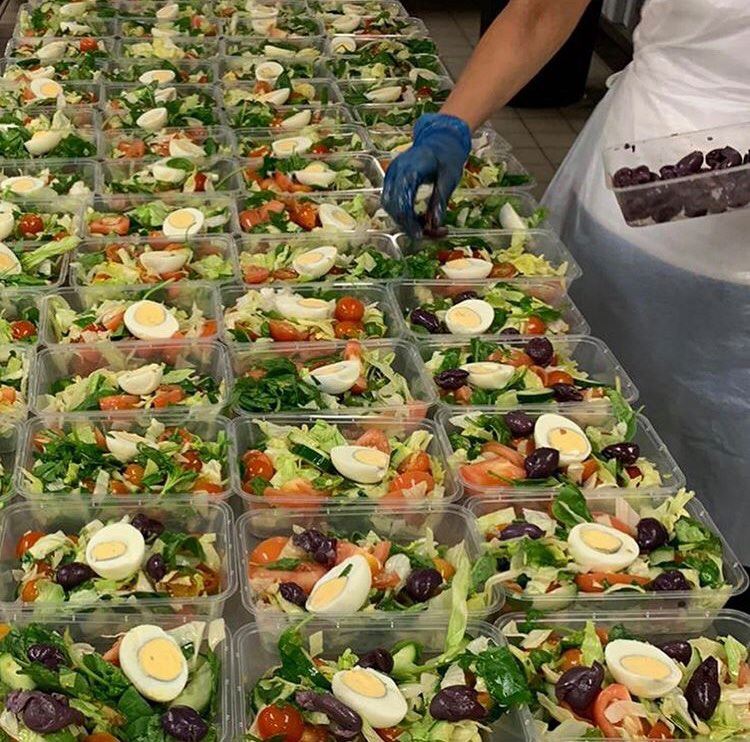 In 2015, Leon had helped to set up Calais Kitchen, a project that provided food for refugees living in the camp known as ‘the jungle’. He decided to put that expertise to work, and with the help of some friends and about seven volunteers, set up the first version of Compassion in a small kitchen in north London.

That was back in early April, when many thought the crisis would be over by the summer. Four months later, Compassion London is bustling with over 400 volunteers. From the kitchens underneath Alexandra Palace, the team of chefs, organisers, helpers and drivers provide thousands of meals a day: they recently hit a milestone of 350,000 delivered.

Ally Pally is a relatively new home. Compassion’s first formal kitchen was at Allianz Park, but the team quickly found it wasn’t big enough to fulfil the increasing demand. After about a month, Compassion moved to Wembley, where, with the help of the stadium’s in-house chefs, they were able to up their output, nearing a goal of 20,000 meals a day. But before that could happen, the government announced that sporting events were back in play – and they had to find somewhere new fast.

The people’s palace stepped up. Ally Pally were already hosting Edible London, another food charity, so Compassion were welcomed rent-free into the kitchen that was standing free while the cultural events that would normally have kept it busy remain on hold.

Compassion’s volunteers are in every day from 8 to 5, playing music and chatting while they chop, fry, boil, bake, pack and send off meals. One volunteer, Becky Matthews, said that getting involved with the organisation had been the ideal way to put her spare lockdown time to good use.

“I love coming in and meeting people,” she said. “It’s much better than sitting at home watching TV. Food waste and hunger are problems that I’ve always cared about, too, so Compassion was an opportunity to combine everything.”

Naomi Clucas, a caterer who helped Leon in the initial stages of setting up Compassion – and has been a core part of the team ever since – said that the organisation set out with the intention of making two hundred meals each day. “Now I come in every day and it’s just the most amazing feeling,” she added, “seeing thirty or thirty-five beautiful people, all working together to help others.”

The single serving meals, which range from salad to frittata to stew, are delivered to organisations that distribute them in their local communities. That includes religious groups, food banks, and even a motorcycle club that gives out food to the homeless. Meals are made from ingredients donated by organisations including Ocado and the Felix Project, which would otherwise go to waste.

The medical staff Compassion set out to help are less in need now that canteens have reopened – although some hospitals like Great Ormond Street still receive meals, which busy staff can enjoy on their breaks. But that doesn’t mean the need has gone away: with increasing lay-offs, the government’s furlough scheme on its way to ending and the future more uncertain than ever, Leon’s plans for Compassion to have shut shop by the summer seem a distant memory.

Last month, the team launched their ‘You Eat They Eat’ campaign across their social media, encouraging people to donate a portion of the money they would normally spend on a meal out to support Compassion’s running costs. £1 pays for one meal, so a little goes a long way – particularly as Compassion are taking on new meal requests every day, even as volunteer numbers fall.

In a recent video message to volunteers, Leon spoke about what the prospect of a second wave means for the future of Compassion.

“There’s a lot of uncertainty about what’s going to happen with the virus,” he said. “It’s likely that the demand for meals will increase even further. At the moment we do 10-11,000 meals a week, and we easily find recipients for them.”

He went on to encourage volunteers who haven’t visited for a while to come back in, even for just a couple of hours per week: Compassion is, after all, a collaborative effort, and dependent on the time and energy people are willing to give up to help others who share their city.

“We want to be here for those who need us now,” he says, “but we also want to build something lasting for the future.” 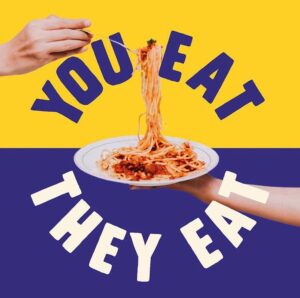 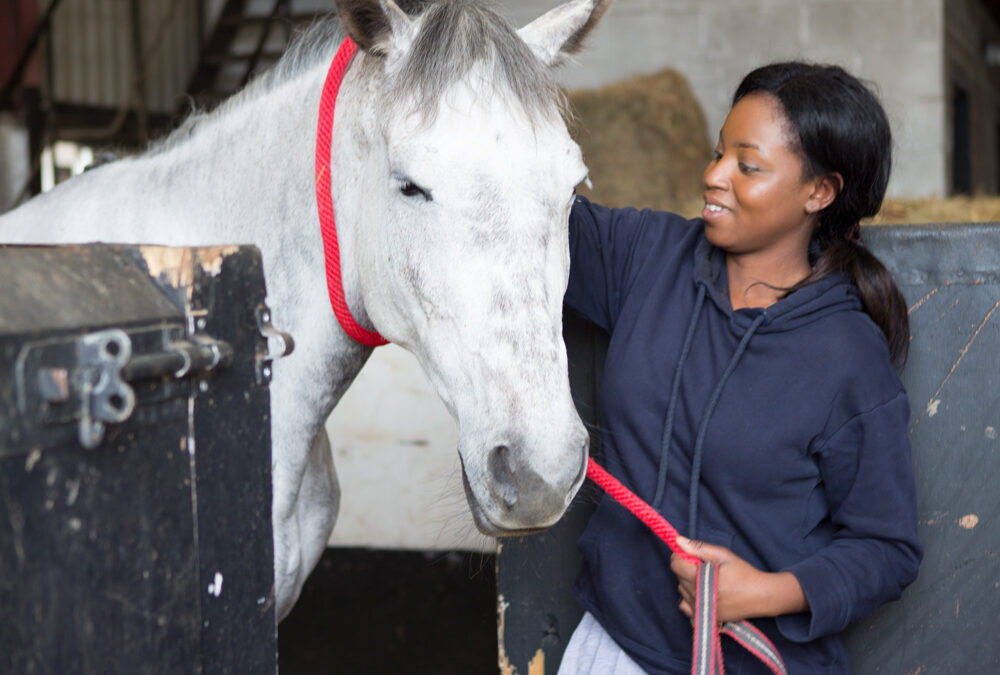 Strength & Learning Through Horses is a charity partnership based in Edgware, North London. The charities work with London’s most vulnerable young people, enabling them to turn their lives around when all other interventions have failed. The secret to their success is their 8 special horses. The horses who all have traumatic backgrounds of their own teach the young people how to better recognise and control their emotions and behaviour by reflecting the body language of young people in their own behaviour.

Unfortunately due to COVID19 the stables have been forced to close its doors to clients. While staff are continuing to support young people via phone calls, online video calling and providing educational activities via email the charities have no income coming in for sessions and are struggling to cover the costs of feeding the horses. 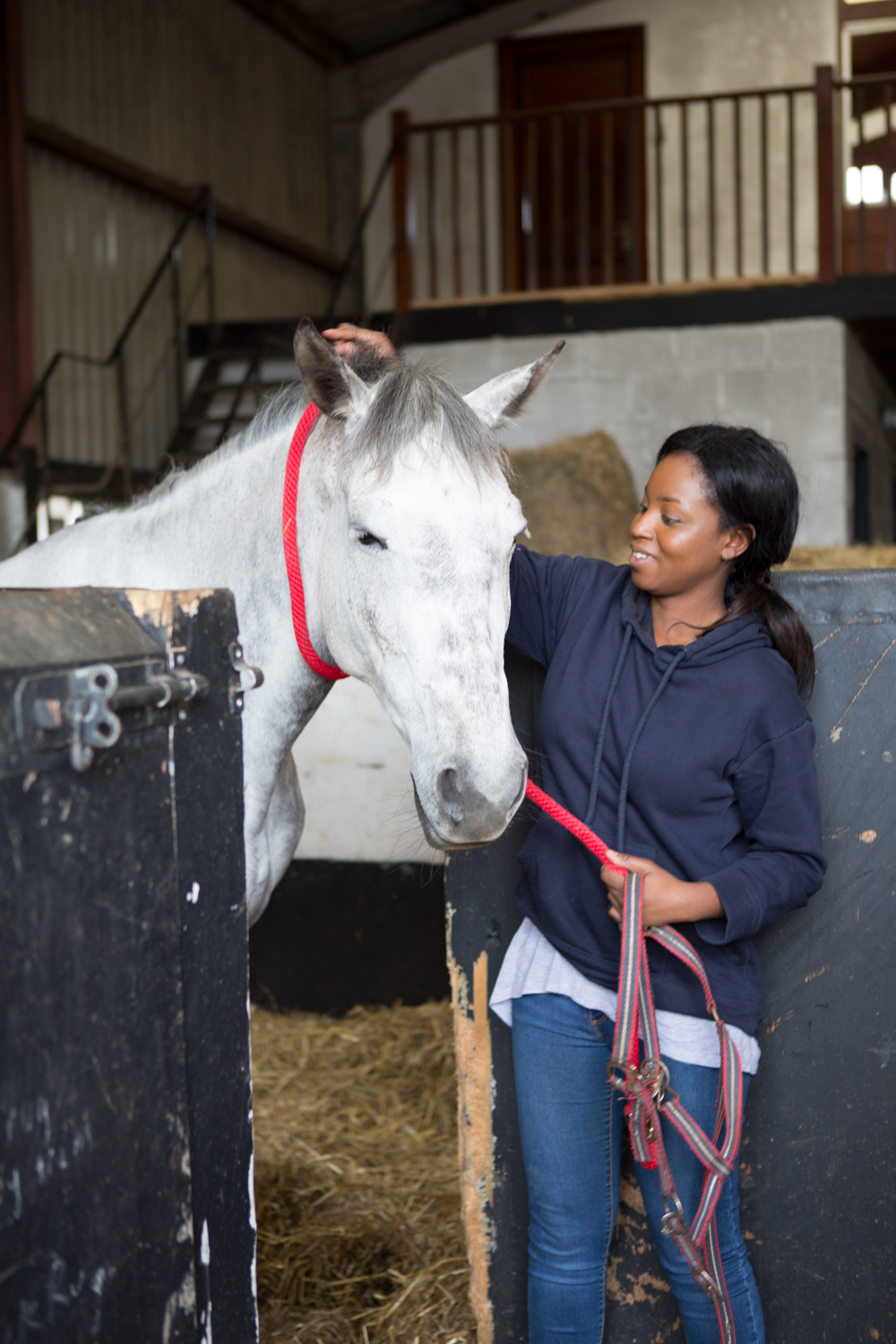 The coronavirus crisis is exacerbating the mental health challenges of the young people the charity supports. The feedback is that young people feel like their mental health and wellbeing is in decline and they are desperate to return to the stables to see their favourite horses and start to move forwards positively in their lives again. The charities need the support of the local community to make sure they can still be there for the 300 young people who rely on their support when restrictions are lifted. The charities need to raise £5,000 towards the costs of rent and feeding the horses and are looking for support from anyone that can help. To donate please click here

If you think you can help the charities in any way please get in touch: 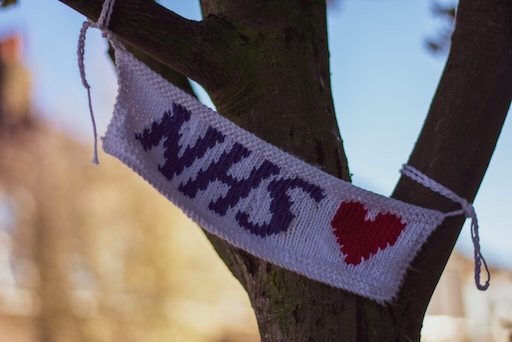 Hero Support Team – our aim is to feed the NHS staff helping us to fight Covid-19… whilst supporting local business.

We are working directly with the Royal Free Charity to support all 5 hospitals within the Royal Free Trust (including Barnet, Royal Free London, Chase Farm, Finchley Memorial and Edgware Community hospitals) to fulfil 2 needs: 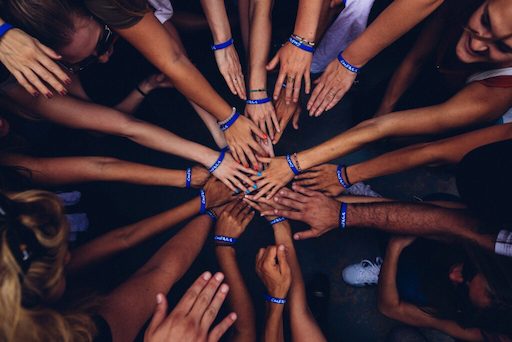 Welcome to the Haringey Covid 19 Mutual Aid Community! This mutual aid group seeks to support members of the community who are immuno-compromised or self-isolating. 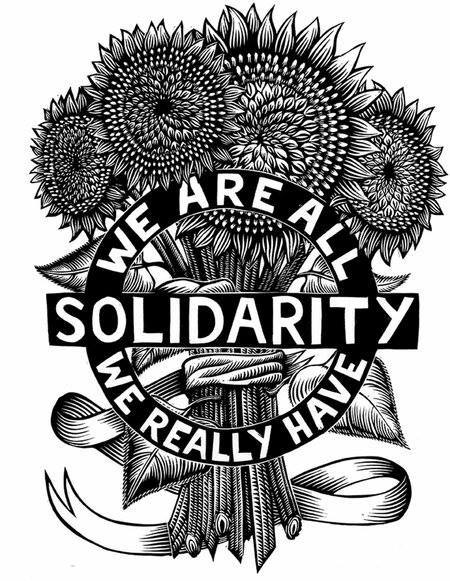 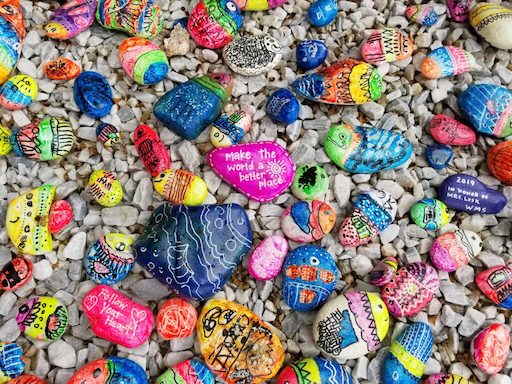 The Winchmore Hill Residents Association is taking a lead form other communities around the country to work together in order to help those in our area who will be most affected through the Coronavirus either through self-isolation or as a result of contracting the virus.

Go to https://whresidents.org/ where you will find more information.

« Older Entries
We use cookies to ensure that we give you the best experience on our website. By continuing to use this site you are consenting to the use of cookies.OK